Overview of Naglee Park
First, a little background about the neighborhood. A guy named Henry Naglee had a large parcel of farmland near downtown San Jose which became an early subdivisions around 1900. A holding company sold lots with the stipulation that the owner spend good money on their house. As the result, the architecture of the houses is little nicer with homes that were a little bigger than the surrounding neighborhoods. Styles tend to be post Victorian. They include Mediterranean, Craftsman, Prairie, etc. So the houses in Naglee Park were originally built by the early San Jose enterpresours. Not electric/computer, but rather there were ranchers, packers, store owners, etc. People involved the early growth of San Jose when it was named the “Garden of Earthly Delights”. Later, the old downtown hospital was built nearby. Naglee Park continued to be a good neighborhood for the doctors or another downtown professionals.

Downtown neighborhoods traditionally suffer as new subdivisions get built that lure these professionals away with their fancy new homes. This flight happened here to a degree. However, Naglee Park survived, and today earned has the distinction as a historic district. People take pride in their houses. And some residents have already done an excellent jobs of preserving this history.

Definition of Naglee Park
That depends a little. The strict answer going back to original formation defines the borders at 11th street to the east, Santa Clara street to the north, Coyote Creek to the east and William street to the south. But a Google request shows the southern border extends down to Margaret Street. If you take a walk around the neighbor, this makes sense. William Street Park has become an important asset to the neighborhood as it hosts many Naglee Park activities. Furthermore, the homes in the area, although built  later, feel continuous to the original Naglee Park.

No point in rehashing research that have already been done. Please read the articles of the Naglee Park Website before proceeding.

Yet it has been over ten years since someone has published anything new about the Naglee Park history. While the history has not changed, there has been an explosion of available records that have been scanned and published. It’s become quite easy to uncover new facts and insights. So the purpose here is to use these new tools to add to the history. Check out the articles below to learn more about the neighborhood. 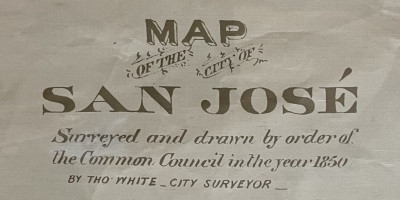